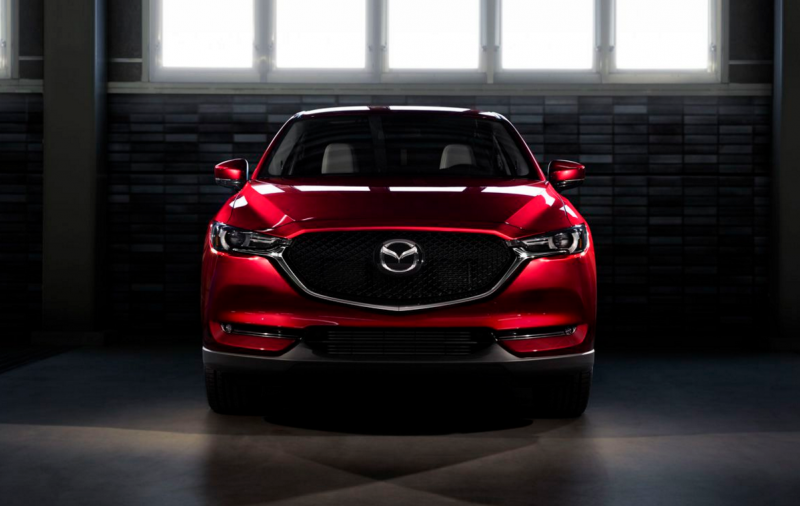 Even though it's just a mid-cycle refresh, the design changes to the 2017 Mazda CX-5 are fairly stout.

Mazda would like us to believe that the 2017 CX-5 is an all-new car. This might disappoint you, but it isn't. After examining the teaser photo and poring over spy shots, we knew that the 2017 Mazda CX-5 would adopt some design features from the larger CX-9 and Chinese-only CX-4. What we didn't know, though, is that the CX-5 would look like a miniature version of the CX-9. 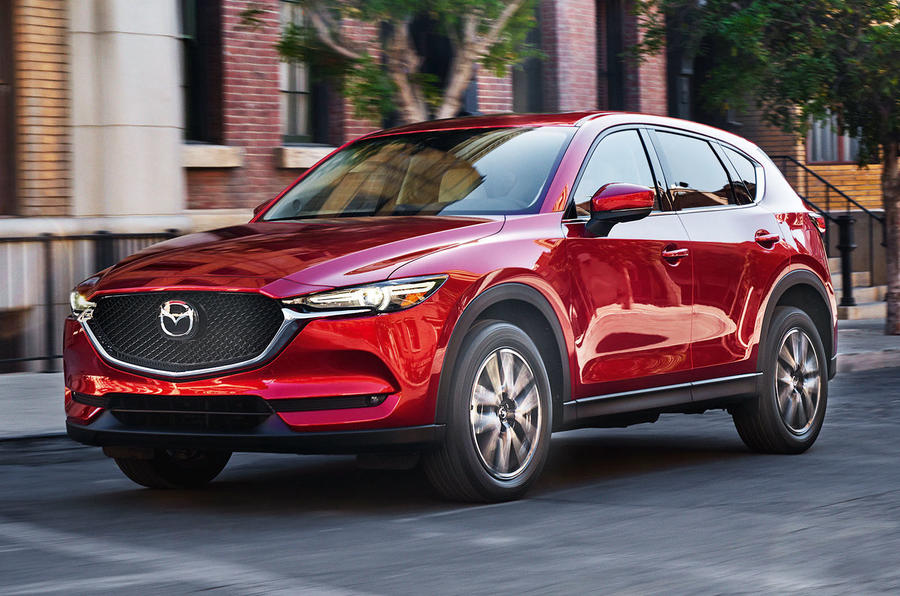 From the outside it's obvious the design is all new, and not just because of the stunning Soul Red Crystal paint. The front of the SUV looks nearly identical to that of the CX-9's. Gone is the cutesy, roundish face in favor of a more angular theme. The headlights are slimmer, while the grille ditches the horizontal bars for a mesh pattern. Mazda calls the design theme Kodo – soul of motion, and the original 2013 CX-5 was the first production model under this mantra. The changes at the back are less drastic than the CX-5's new beak. The black trim that underlines the rear fascia is less prominent and the taillights looks leaner, but it's harder to tell the differences between the old and new model. The automaker claims that the CX-5 will come with three available engines: the Skyactiv 2.0-liter and 2.5-liter gasoline engines and the Skyactiv-D 2.2-liter diesel. We don't have specifics on power and torque yet, but in the old CX-5 (and current Mazda 3) the 2.0-liter engine puts out 155 hp, while the 2.5-liter four-cylinder generates 184 hp. 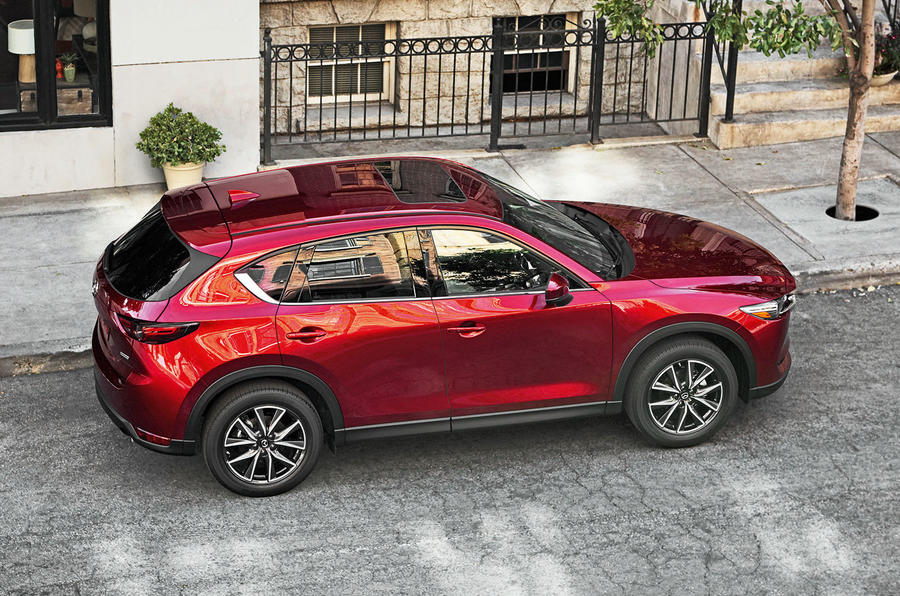 We expect the front- and all-wheel-drive option, and of course we're hoping that the six-speed manual (previously on the base, front-drive model only) stays around as an alternative to the six-speed automatic. The interior follows the template of recent Mazdas with the infotainment screen sitting on top of the dashboard instead with a control knob located aft of the shift lever. The 2017 CX-5 goes on sale in Japan this coming February, with a global launch to follow. Pricing has not yet been announced.